The first time this record came across my hands, I didn't buy it while it was cheap and recommended to me by the seller. Don't do the same mistake. Yes, the title of the album may frighten some of you, yes, the cover is ugly, and yes, Mannick, the middle-of-the-road singer (who also recorded with the interesting band Les Collégiennes de la Chanson in the 60s and Crëche the same year than "Rencontres de Jésus-Christ") is involved in that recording, but this LP is very different from what she did later (with albums like "Paroles de femmes"). Back then, Jean Humenry (also a member of Crëche) who recorded many albums of various interest, mostly Xian) was still unknown to me. I now own quite a few of his records, but this one is definitely the best I know. 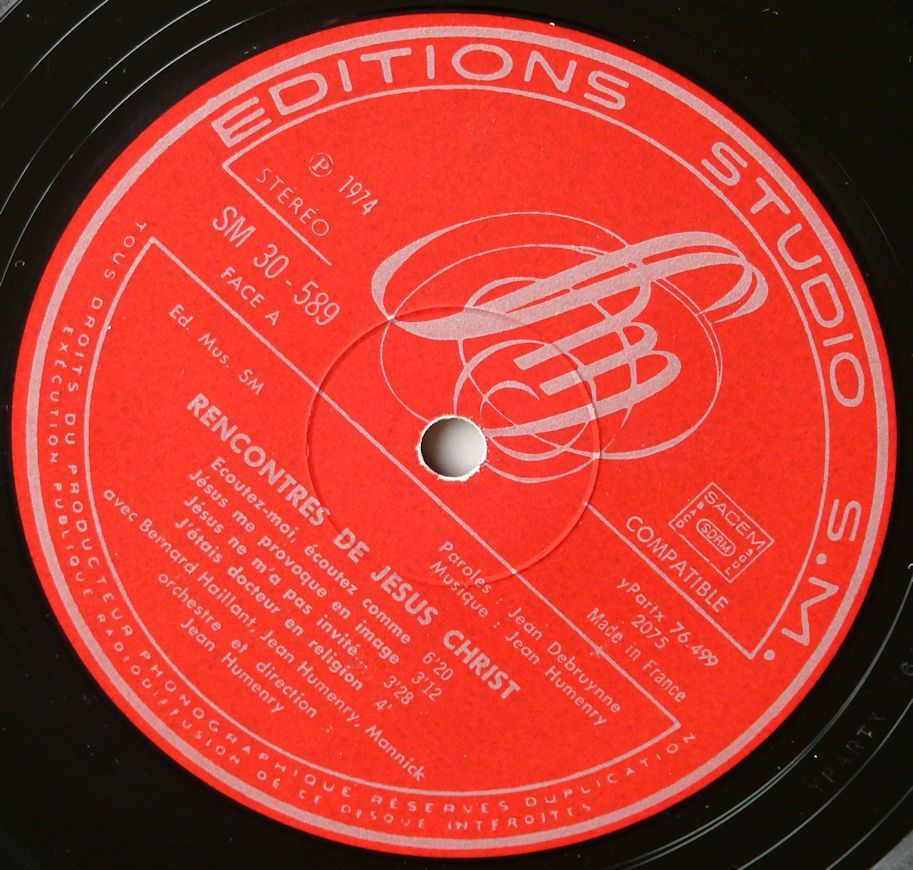 Because the musical instruments don't appear on the gatefold cover, the first listen was truly an incredible surprise. Believe it or not, this oddity is a first-class Christian psych rock album with plenty of fuzz guitar, catchy melodies and hooks. It also features a nice folk tune called "Jésus ne m'a pas invité", sung by Mannick. All the album is good, well written and produced but the final (over 7 minutes long) with strong female vocals and psych guitar is the most enjoyable.