Somewhere there is music School-college … Was there a better way to illustrate the content of this odd concept album about a puppeteer called Maître Pipo than a brightly-colored, hand-stencil-painted jacket of a puppet? No two covers are alike and each one is a work of art in itself, but, so far, I've only seen two of them. The content is very interesting as well: an above average and nicely played set of acoustic guitar-based songs, fast and slow, with homemade percussion instruments and kids singing in a lot of the tracks, the best one being "Quand le rideau", with a very young, fragile, lead female vocal. But it's both an accomplishment of children and adults, who also sing on the record. This looks like a lot as a school project album, or maybe a theatrical music play, but I can't confirm. There is no information about this recording; the back cover is blank and there is no insert. The release year is unknown too, though, it's a 10-inch record, so, it's probably quite old, maybe the sixties. 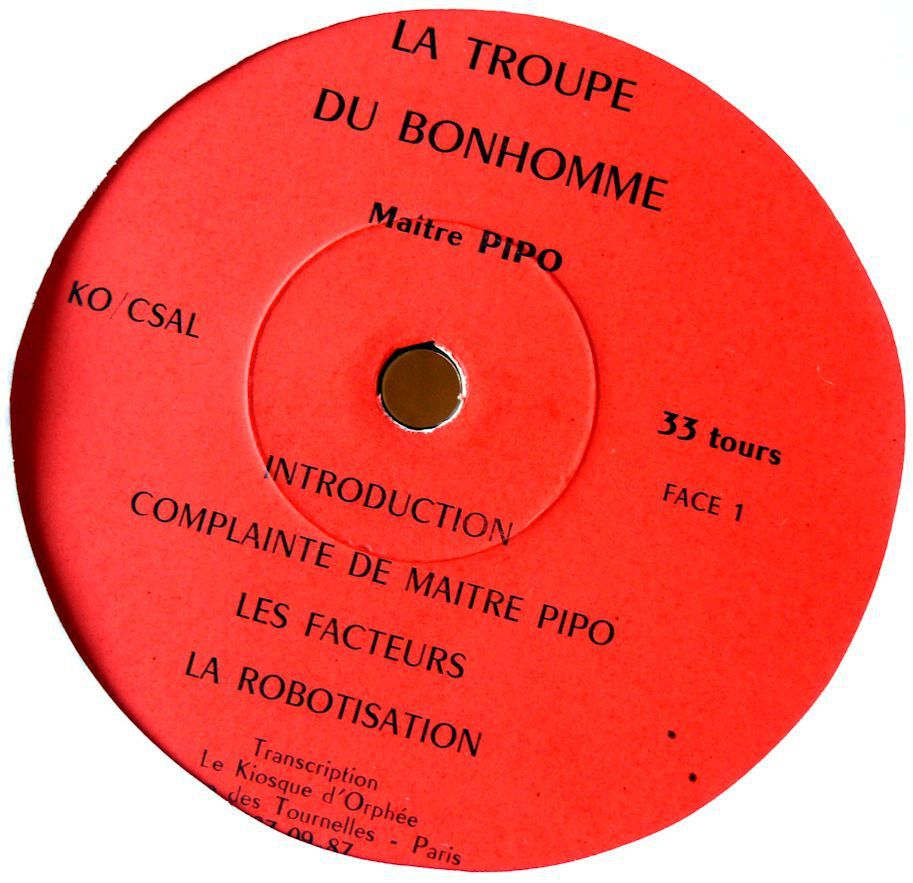 Here's a rare find from 1981 which could have been easily recorded ten years earlier. Most of the content of this...